MotoGP 4 PS2 ISO Download – Is a motorbike racing game with a background in MotoGP in 2004. In a game that simulates racing on various MotoGP circuits, gamers are invited to become one of their favorite racers such as Valentino Rossi, Max Biaggi and others.

Gamers in the game MotoGP 4 PS2 This will feel the sensation of racing like a real racer, because there is a choice of first-person perspective, which means that gamers themselves will become racers and see the race track from the top of their vehicles. There are five game modes to choose from in MotoGP 4 PS2, including racing mode Quick Race, Time Attack, Championship, Challenges and Multiplayer.

To increase the fun of the race, this MotoGP 4 PS2 game also provides various levels of difficulty and also various kinds of weather conditions during the race so that the atmosphere of the original race is very pronounced. In this game there are several teams that play based on the race season in 2004, including the team Yamaha, Telefonica Movistar, Honda, Ducati, Tech 3 Yamaha, Kawasaki, Suzuki, MS Aprilia, Roberts, Harris, and various other teams competing in the 250cc and 125cc classes. 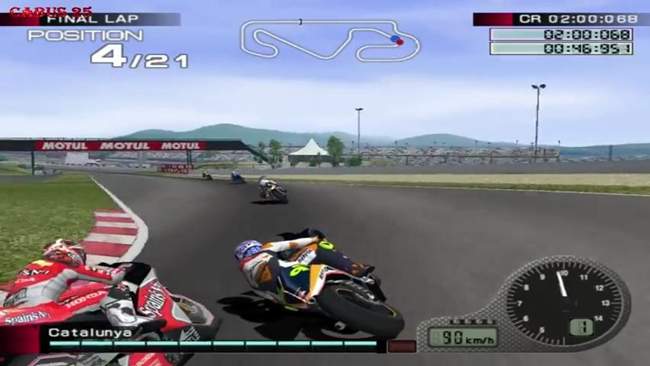 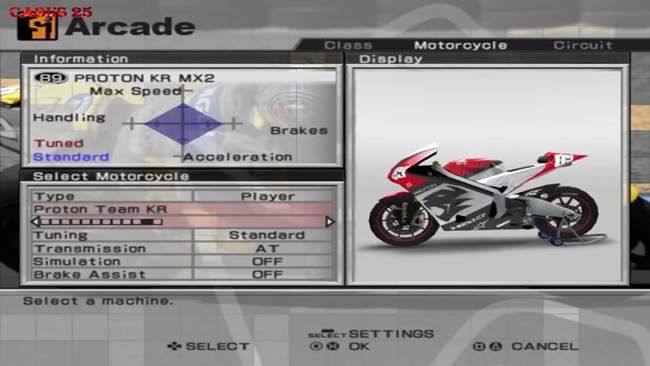